Lionel Riviere joined Montpellier Business School as Assistant Professor in September 2002, was promoted Associate Professor in 2006 and Director of the Bachelor of International Business Administration BIBA from December, 2008 till January, 2013. His teaching is aimed to prepare our students to evolve in different international environments and to be sensitive to cultural and religious factors as basic requirements and knowledge for business behavior of future managers. He teaches the courses of History of religions and Geopolitics. Lionel Rivière is also a reserve officer in the French army. Since May 2004, he is the adjunct curator of the Museum of infantry in Montpellier. From this position, he assists and advises the head curator on the different missions of expertise and supervises a group composed of civilians and soldiers. In July 2010, he has been assigned as the adjunct conservator of the Museum of the Foreign Legion in Aubagne where he pursues his activities of patrimonial valorization and memory preservation. In July 2011, he obtains Order of Academic Palms (knight) - Order of Chivalry of France decided by the Minister of Education. In March 2015, he has been nominated by the French Prime Minister (publication in the Journal Officiel, 19/3/2015) as official auditor for the National Institute for Higher Education in Defense (Institut des Hautes Etudes de Défense Nationale). Since September 2015, he has been responsible for the CEIP (Centre of Excellence and Pedagogical Innovation) at MBS. In December 2017, he obtains Silver Medal of the Voluntary Military Services by the French Minister of Army.

He teaches the courses of History of religions, Geopolitics and Religions and management. He occasionally teaches geopolitics at the Universitu of Montpellier (Master in Strategy) and with engineering students (EPF - Ecole Polytechnique féminine)

The CGE accreditation of the MBS “Master... 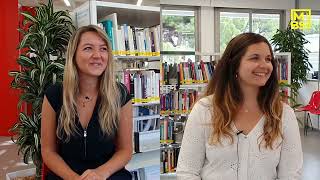 How MBS helps you with your career ? Dis... 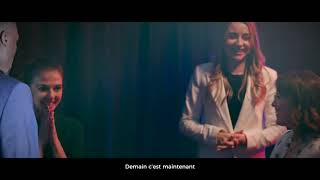 Get ready to change the future #MakingAD...

Welcome to the new Master Students from ...

Back to School – Welcome to the new Bach...

The Scholarship Ceremony: the realizatio...