What are “soft skills”, why are they so much sought after by recruiters and how to identify them?

Soft skills are the personal and social skills that showcase the unique and singular value of an individual. During an interview, they are generally unspoken (and generally unannounced in the job ad) but are nevertheless the most sought-after features today by recruiters. Long-term oriented, these skills will allow the manager to evaluate the ease of integration and fulfilment of the candidate within his team and the company.

The rise of the digital age and the development of artificial intelligence have made the hard skills (technical or academic skills acquired by an individual during his career) somewhat volatile. On the other hand, soft skills, which are sustainable over time, have become a reference and a reliable recruiting tool.

Empathy, responsiveness, stress management, cognitive flexibility, the ability to stand back or sensitivity are qualities that allow the candidate to stand out today; but the difficulty is that the recognition of such skills cannot be done in declarative form. It must be shown or in some cases deduced from an experience or a concrete case. Claiming these soft skills is not enough to convince, it is a matter of establishing methods in order to identify them and value them. With this in mind, the first workshop focused on these specific human skills was organized by the Montpellier Business School Career Centre within its “Premier Emploi” (first job) program.

This workshop was intended for final year students who are preparing for their arrival on the job market and also for career coaches, who accompany all of the alternates of the campus in their professional project approach. Several exercises were put in place to learn how to identify soft skills. In one of them, the students were asked to play the role of recruiters: the participants had to identify a list of soft skills induced by the context of a job advertisement for a commercial position. For many, the initial assumption was that these sought-after skills were intrinsically job-related and therefore all skill lists would be composed of the same elements. But during the restitution, the students were surprised to discover that none were identical. “In fact, if the title and the job description were the same, each student had a specific paragraph that was different from the others in the exercise statement,” explains Jean Lefebvre, Ph.D. in Human Sciences in “la Curieuse Agence”. “This allowed us to demonstrate the singularity of a profile within the same profession.”

The workshop continued with several scenarios executed. Rémy, Alternate Efficiency Manager at Schneider Electric, was the first to intervene in front of the group. The exercise required telling a personal life story in which the candidate was emotionally involved. This emotion guarantees a better fluidity, which allowed the audience to deduce a list of 15 soft skills from Rémy’s anecdote. “This is where the interest of this kind of workshop lies. It is difficult to do this exercise alone. The external point of view is essential to understand what emerges from us, “says Kévin, Sales Assistant at Maisons Guitard.

The feedback on this workshop was very positive. “The exercise deals tangibly and concretely with a notion that until then was rather vague,” said Rémy after his interview. “I really appreciated the confidence that the quizmaster was able to instil in the group of participants. This allows you to freely express yourself and to identify the soft skills that are unique to us.” Camille-Chloé, Intermarché Alternate Department Manager, was pleased by this collective social intelligence:” I draw lessons from this workshop that go beyond the professional sphere. I also plan to apply these new concepts in my daily life. “

Structuring recruitment around soft skills proves to be the most sustainable and efficient solution for a company. Students of MBS are thus prepared to value these personal skills throughout their curriculum, and it starts with the admission’s personality test interview.

All the news
Download our brochures Studying at MBS

French borders to reopen gradually for i...

The Scholarship Ceremony: the realizatio... 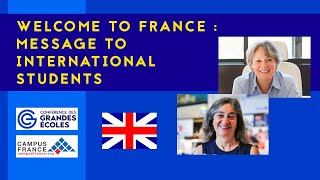 Welcome to France : a message to interna...

WEBINAR – Get ready for your French expe...